atrás
mapa
HYBRID RESIDENTIAL INFRASTRUCTURES IN THE BRONX: TYPOLOGICAL CORRECTIONS and RE-OCCUPATIONS of the PROJECTS 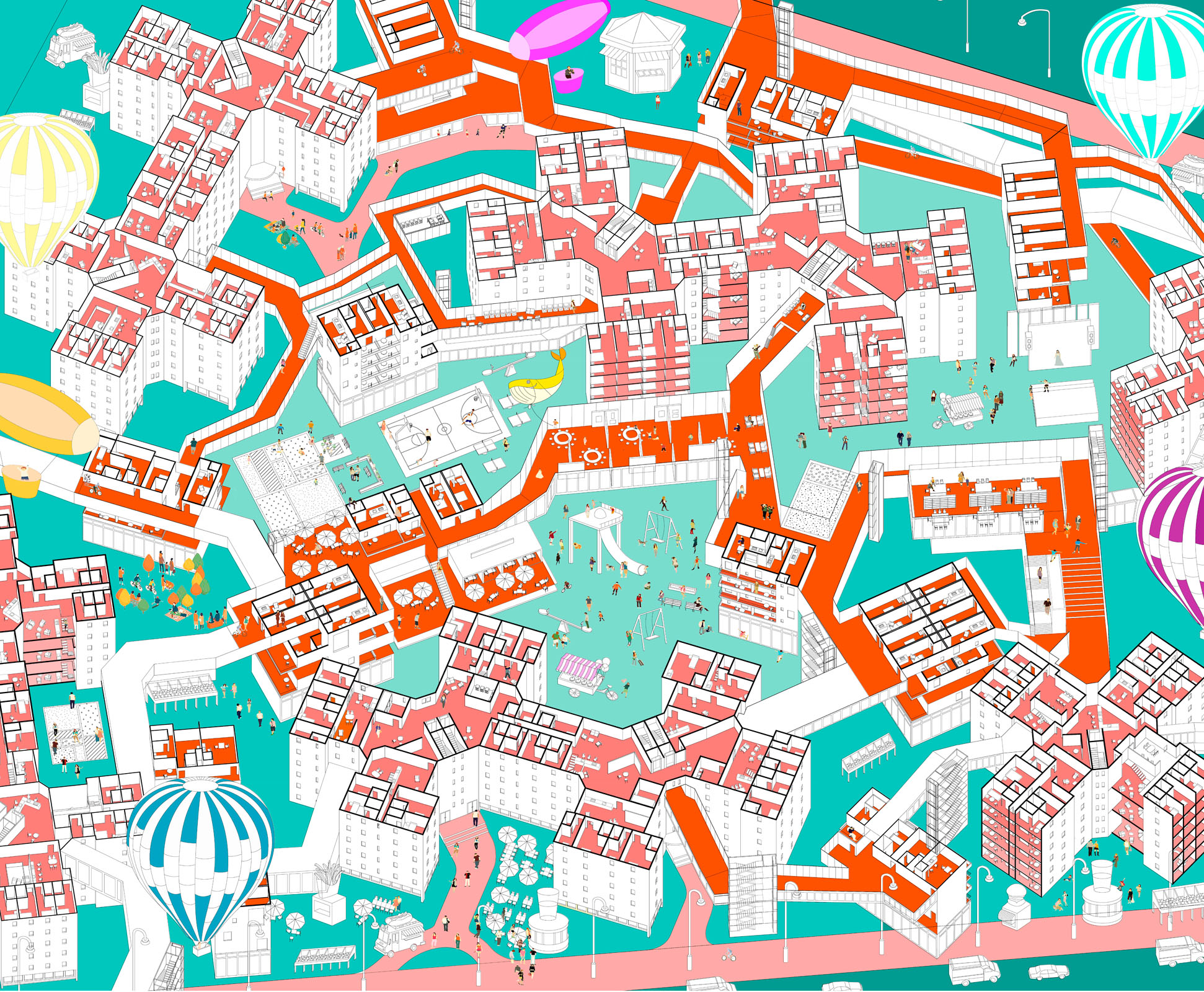 HYBRID RESIDENTIAL INFRASTRUCTURES IN THE BRONX: TYPOLOGICAL CORRECTIONS and RE-OCCUPATIONS of the PROJECTS

Architects’ responsibility goes beyond the construction of new architectures, and additionally concerns the management of existing structures and of the built environment at large. This agenda demands devising alternatives to conventional architectural strategies (usually operating on one building at the time) with the aim of crafting comprehensive, integrated, and open big scale strategies. In previous studios we have selected case studies located in central and consolidated areas of the city that are either in bad condition, infra-utilized or significantly vacant, in order to especulate upon alternative futures for them. This semester, we will operate on a number of New York City social housing developments (popularly known as “Projects”) in South Bronx-NYC, as a  physical fabric that is full of qualities but needs to be re-thought in order to address its current stigmatization and lack of urban integration.

In contexts where it seems that architecture has nothing else to say, we propose recycling solutions that seek to operate within existing structures and to address the city’s current challenges. We will consider both the potentials of re-occupying existing buildings as well as the possibilities derived from their transformation. Dealing with the characteristics of the current structures, their relations, and their underlying potentials, each project will design a series of typological corrections activating processes of re-programming, re-densifying, re-scaling, re-signifying, etc. These architectural operations will seek not only to transform the physical reality of the buildings, but also to operate upon the social, economic and cultural networks they host and articulate. Students will operate in one of the selected areas of social housing (located between Harlem river, Bronx Kill, East river, Bronx river, and Cross Bronx Expressway) and will both directly address their challenges and understand their potentials to re-think the future of New York City.

After their construction, and many times in the absence of any initial authorial intention, buildings operate in relation to different agents, institutions, and technologies, and become meaningful only in relation to circulating messages that were not necessarily anticipated by the project. As a result, the intervention within existing structures and mid-scale areas of cities requires a critical understanding of the way in which they are occupied along time in order to suggest alternative connections between inhabitants, programs and meanings. Considering these links, we do not aim to establish deterministic relationships between typologies, uses, and processes of urban signification, but rather precisely to demystify them. Our ambition will be to regard the construction of individual and collective ways of living as a central design task. We will explore the relation between architectural projects (understood to result from a forward looking operation which is conventionally associated with an ambition of stability) and their changing occupations, as a way of understanding and participating in the definition of urban contexts in permanent evolution. This relation between architectural projects and occupations is particularly relevant in urban developments like the ones at stake in this exercise—the “Projects”—which are significantly loaded with social utopian programs. Operating upon this relation will be at the core of the studio.

The transformation of increasing number of areas of the city into new grounds for real estate expansion has been a pervasive dynamic in the history of NYC. Developers take these areas at low prices, and transform them to create markets for new neighbors. Beyond the benefits of a general agenda of renovation and expansion of the city, these processes many times result in the sterilization of the historical fabric, the social segregation of the population, and the loss of identity in favor of gentrification. After the recent exploitation of Brooklyn and Harlem, real estate developers seem to have in the Bronx their next target. This studio will rehearse alternative dynamics for these processes of urban transformation with alternative goals to the economic ones currently leading real estate processes and resulting in already known processes of drastic gentrification. The borough offers a high quality architectural fabric (with a significant collection of buildings as evidence of its past splendor), which coexist with large infrastructural pieces and social housing islands. The studio will explore density, programmatic hybridization, and new construction technologies in order to define alternative ways of living that should be as far from the shiny future offered by real estate renders as from any fascination with the challenges of the current conditions of the neighborhood. Our is to provide a new understanding of the city that allows both the new and the old residents to build new affections for their immediate environment, and to set a new ground for its re-contextualization.

The analysis of the relations between the architecture of the city and its occupations will be fundamental as a point of departure for the studio. The selection or invention of the systems of representation will be crucial both to reveal and analyze the existing conditions, as well as to explore the opportunities offered by new typologies within the new city. Each student (or each couple working together) will define his or her own work protocol, which should particularly address the links between architecture’s organization, image, and building systems with the social, economic, and cultural processes it hosts. Throughout the semester, we will operate with different abstractions of these links suggesting continuities and ruptures between the observations of the existing structures and the designed reality. We will benefit from the proximity of our object of study in order to produce specific observations, and will alternatively take distance from it in order to simultaneously advance the production of more general knowledge about the architectures of the city, their typologies, and their occupations.